Critical to the success of rewilding is the reintroduction of animals that we have lost from our wild places! We are finally realising that when we killed off the last wolf, bear, wild boar, bison, elephant, and beaver in this country (yes, they all thrived here once), we killed far more than the animals themselves! This is because large animals that eat vegetation or hunt other animals effectively engineer the ecosystem as they wander around.

We call these animals 'ecosystem engineers'! They trample, chew, scare, rub, dig, build, and chop their way through the wild, creating new habitats that are the homes for ever more animals, plants, and fungi to thrive! When we removed these ecosystem engineers from our landscape we unwittingly took away nature’s ability to build homes for the intricate web of life. The result? A slow but continual decline in biodiversity over a thousand years, unseen by us yet overseen by the life of a single Oak tree. There are oak trees alive today in the UK that were fully grown when bears, wolves and other ecosystem engineers rested under their canopies and rubbed upon their trunks!

Let's meet some of our finest ecosystem engineers and imagine how we could engineer like they did or find ways to welcome them back!: 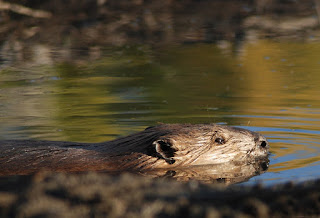 Beavers used to be widespread in England, Wales and Scotland but hunting for their fur, meat and 'castoreum', a secretion used in perfumes, food and medicine, led to their extinction by the 16th Century. Beavers have a positive effect on their environment through their behaviour. By gnawing on trunks and branches they 'coppice' trees like willow, hazel, rowan and aspen, cutting them almost to the ground. The regrowth creates denser vegetation and provides homes for a variety of insects and birds.

The wetlands which beavers create by building small dams reduce the risk of flooding on floodplains, and are valuable for many animals, including otters, water voles, water shrews and wildfowl. Craneflies, water beetles and dragonflies in turn support breeding fish and insect-eating birds like spotted flycatchers and yellow wagtails. 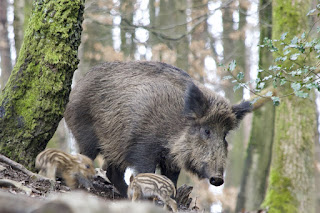 A once widespread species, the wild boar was originally hunted to extinction at some point during the Middle Ages. In the 1990s, sightings of free-living boar became relatively common once more. These animals are thought to have escaped or been released from farms where they were raised for meat. There are now isolated wild populations living in parts of South-east and South-west England, as well as the Forest of Dean, Gloucestershire.

Wild boars use their excellent sense of smell, strong snouts, and trowel-like trotters to root up the ground in search of fungi, roots, and bulbs. This rooting helps seeds and spores to spread, reveals invertebrates for birds to feed on, and creates bare earth where plants and sapling trees can take hold! 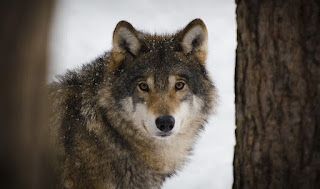 Persecuted to extinction by 1760 in the Britain, the wolf was a successful predator after the last ice age. It hunted deer, aurochs, bison, and other mammals that thrived across the open grassland and woodlands of the UK. Research in Yellowstone National Park, USA, since the 1990s has shown that wolves have a dramatic influence on ecosystems. They reduce the numbers of their prey but also force them away from vulnerable locations such as by rivers. As a result, riverside vegetation recovers, the banks stabilize, and the habitat improves for beavers, otters, fish, and birds! 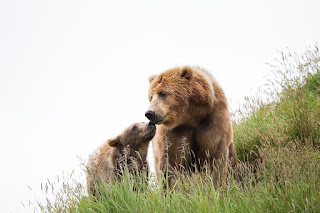 The brown bear was a common top predator following the last ice age, after lions and hyenas had disappeared. It is calculated there were over 13,000 bears in Britain 7,000 years ago. Brown bears would have been feeding on a range of large mammals including deer and bison, while eating berries, roots and plants during leaner times. They are thought to have gone extinct in the UK just over a thousand years ago due to persistent persecution, alongside the loss of forest habitat.

Brown bears damage trees (mainly the cambium) during feeding and marking, stripping bark and foraging for invertebrates and sapwood. Bear-made wounds provide important breeding and feeding sites for both insects and birds. These wounds are especially important for woodpeckers and insects that depend on dead wood. Brown bears therefore play an important role as ecosystem engineers. 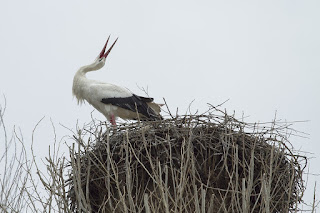 Just over 600 years ago the last pair of white storks nested in Britain; they had suffered from hunting and the loss of watery habitats. Their marshland and wet farmland habitats were already disappearing in Britain, as early as the 1400s. White storks hunt grasshoppers, worms, frogs, snakes and fish. White storks are currently being reintroduced at the Knepp Estate in West Sussex. Storks may also benefit from the reintroduction of beavers to the UK, which create the kind of watery habitat that storks need to thrive.

White storks build enormous stick nests in trees and on buildings. These nests provide food and shelter for a range of other wildlife. House sparrows nest among the dead branches, butterflies overwinter inside, and the nests have been known to harbour more than 5,000 wild plant seeds, some of which germinate and then reseed the surrounding landscape from up high! 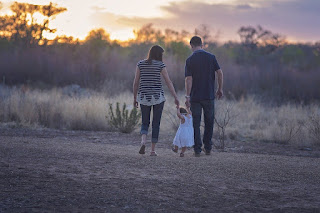 As hunter gatherers we too acted as ecosystem engineers! Whilst hunting we moved deer and cattle around the landscape and allowed plants and trees to regenerate. As foragers we redistributed fruits, nuts, and seeds. As fire starters we created open ground and increased the amount of dead wood for edible mushrooms and honey-producing bee nests, which we undoubtedly scoffed!

We're not about to go back to hanging out in loin cloths javelin throwing for dinner, but by rewilding we help rebuild habitats that are capable of providing so much more delicious local food to eat, clean water to drink, and cool clothes to wear!

Return of the ecosystem engineers (us!)

A quick look at just a few of our lost ecosystem engineers shows just how much their presence actually shaped our natural landscape and created homes for so many other animals and plants! They (and we!), continually wilded the UK and made it richer for nature and for us!

Rewilding is our chance to bring some of these incredible animals back. But that's only half of the story. We can also look to ourselves as the ecosystem engineers we once were! We can rewild like our ancestors did and also engineer habitats by replicating the ways of wolves, bears, and bison! By doing so we can make a huge positive impact wherever we live. We can rewild not just our nature reserves and national parks but also our towns and cities, gardens and rooftops! So let's get rewilding and engineer ourselves a brighter future! 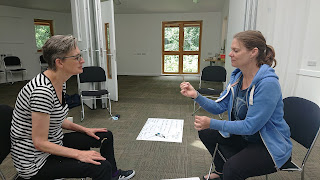